A 16-year-old student’s curiosity led to a scary discovery at the National Referral Centre for Lead Projects (NRCLP) in Bengaluru.

Kaustabh Sharma, a student of The Shri Ram School-Aravali campus in Gurugram, Haryana, tested 25 branded ceramic cups, saucers, and plates, and found that all of them had dangerously high lead content, well beyond the permissible limits of 90 parts per million (ppm). In each brand, lead levels were more than 1,000 ppm, while eight had more than 8,000 ppm of lead.

Director of NRCLP Thuppil Venkatesh, known as the ‘lead man of India’, said this was probably the first time such an analysis had been done of branded crockery manufactured in India. 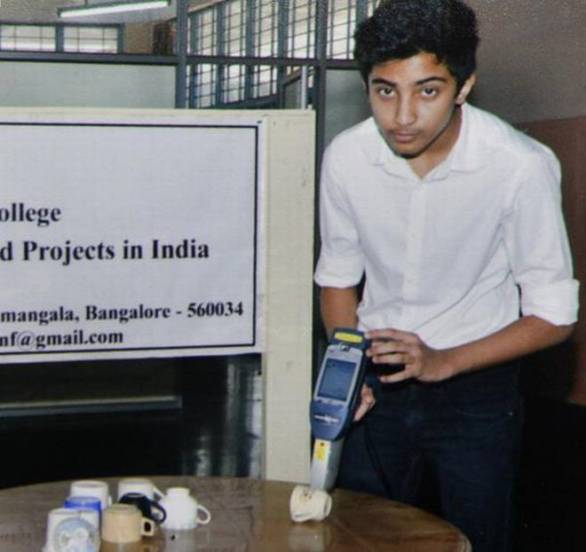 According to Kaustabh, who is currently interning at NRCLP, in the field of toxicity, lead poisoning is possibly the least covered. “Once lead enters the body, it can affect every single systembe it the nervous system, cardiovascular or reproductive system. Since Indian food is normally hot and acidic in nature, there is a greater risk of leaching,” said Kaustabh. Often the glaze used to give a shiny coat to the porcelain dish is the culprit.

Dr. Venkatesh added that lead in crockery can leach when hot fluids are poured into it. “Lead in food is highly dangerous to health; in women it can lead to early onset of lower back problems and osteoporosis,” he said, adding that stainless steel is the safer option.

The study was carried out using Field Portable X-Ray Fluorescence, a hand-held device that can detect concentration of metals. Any citizen can walk into the centre, situated on St. John’s Medical College campus, to test items for lead content.

(Originally published in The Hindu)