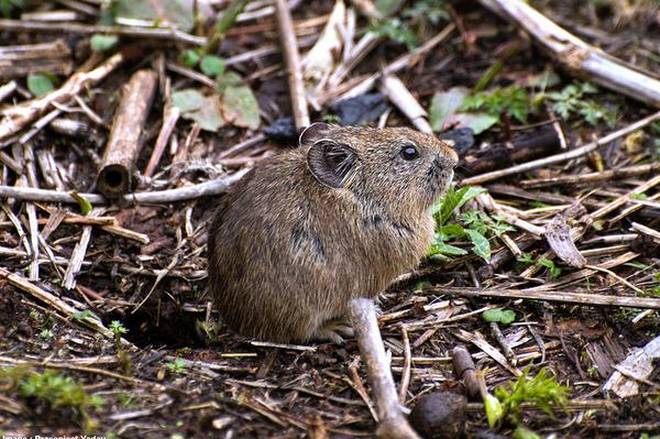 Mammal’s discovery in Sikkim made by NCBS team

Scientists claim to have discovered a new species of Pika, a mammal belonging to the rabbit and hare family ( Lagomorpha ), in the Himalayas in Sikkim. After six years of research, a team of international collaborators, led by scientists from Bengaluru’s National Centre for Biological Sciences (NCBS) announced the discovery.

The team published their findings in the Journal Molecular Phylogenetics and Evolution in September. “Discovering a new mammal in 2016 from a hotspot like the Himalayas proves that we need to conduct much more research in the region,” said NCBS scientist and first author Nishma Dahal, who hails from Sikkim.

The team collected fecal pellets and tissue samples of what they expected to be the Asian Pika and found them to be “quite distinct from all other species”.

“We needed international collaboration to confirm the tissue samples were different from all existing species,” Ms. Dahal added.

Pikas are members of the rabbit family and live in the mountains or in temperate regions. The common name “pika” is used for any member of the Ochotonidae family. According to Ms. Dahal, Pikas do not hibernate unlike other mammalian species inhabiting such cold climates.

“Pikas are a keystone species and ecosystem engineers, and studying their evolution can shed more light on the Himalayan ecosystem,” said Uma Ramakrishnan, whose laboratory at NCBS led the study. Although the animal looks similar to the Moupin Pika, genetically it is completely different. “There are specific differences which are not visible in physical observation and only on closer study. But genetically it is very different, and we are proposing to elevate the sub-species to a different species,” said Ms. Dalal.

The discovery points to the need for more research on Himalayan ecology and the importance of international collaboration in validating new research. The research began as a study of the impact of climate change on the Himalayan biota. “Back when NCBS got funding from the Department of Biotechnology in 2010, research on the American pika was making news. Few lower elevation populations were reported to have gone extinct and that was corroborated to increased temperature in those regions,” said Ms. Dahal. This led the team to study the Asian pika .